Offshore Wind in the U.S. - A Space to Watch

With the first offshore wind project in the U.S. scheduled to go online next year, all eyes are looking to the future. Offshore wind is an attractive option compared to onshore mainly due to the fact that there’s always a breeze offshore. According to BOEM, a turbine at a site with an average wind speed of 16 mph would produce 50% more electricity than at a site with average speeds of 14 mph. However, building offshore leads to increased construction costs. Many industry experts and government officials say increased energy production would offset those costs. This has yet to be tested in the U.S. but will be soon. 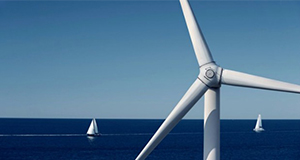