Over 122,000 Acres Released for Offshore Wind in North Carolina

The Bureau of Ocean Energy Management recently released over 122,000 acres off the coast of Kitty Hawk, North Carolina for wind energy development. The Kitty Hawk area has the best offshore wind resource out of any Atlantic state and will be in the first offshore wind farm in the state of North Carolina. The proposed wind farm would be 24 miles offshore, far enough away to not impact tourism. There are two other areas off the coast of North Carolina being considered and both are in the earlier stages of development. 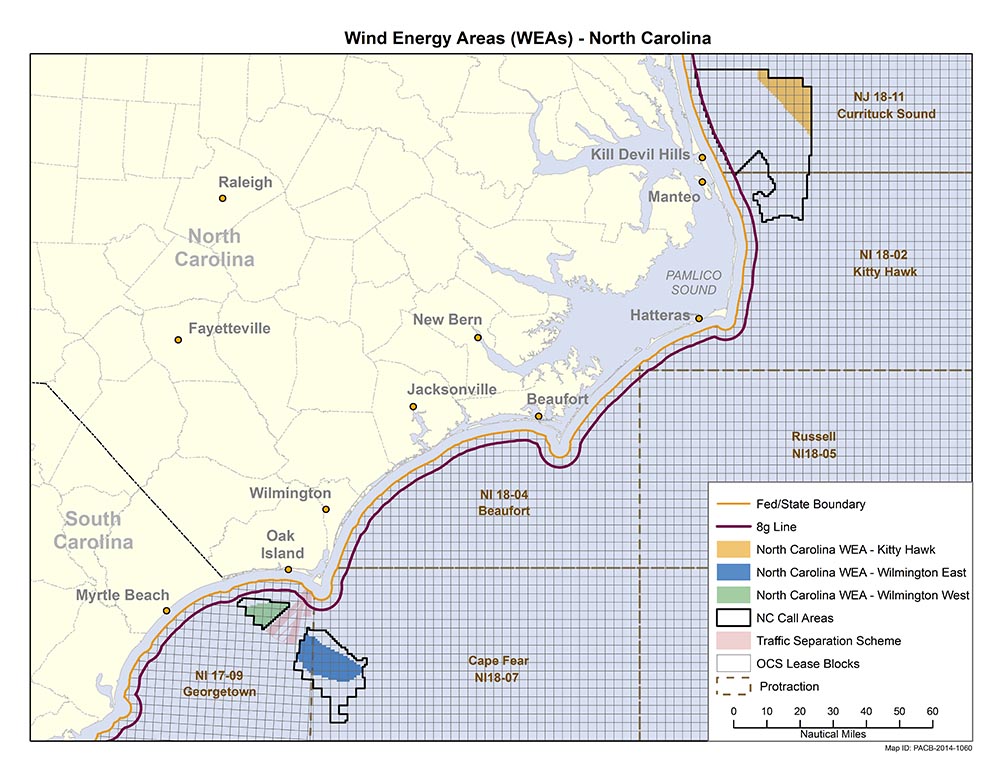