According to a report from the American Clean Power Association, expanded offshore wind leasing in the U.S. could generate up to $4.5 billion in new federal revenue, create up to 128,000 jobs during construction, and spark $120 billion in clean energy investments. The report was inspired by the announcement of seven new lease auctions by 2025 by the Biden Administration, including New York, California, Gulf of Mexico, and more. The association estimates the leases sold at these auctions will support between 23 and 40 gigawatts of energy which will help states meet their individual goals, as well as the federal goal of 30 gigawatts of offshore wind energy by 2030. 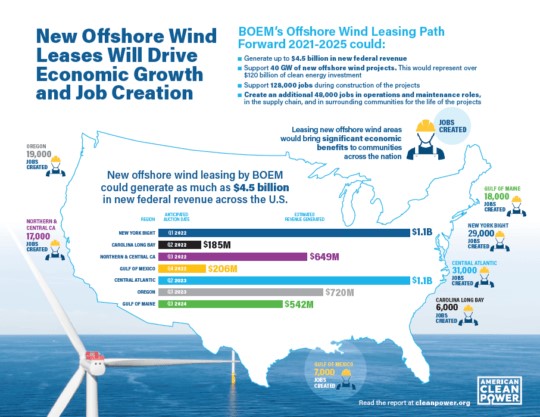