New York released a master plan for offshore wind energy in the state. They believe the industry could employ 5,000 people, generate 2,400 megawatts of energy, power 1.2 million homes, and become a $6 billion industry by 2028. Hundreds of turbines would be built off the coast of Long Island, however, none would be visible from shore. The area is 21 miles offshore and includes just over 1 million acres. 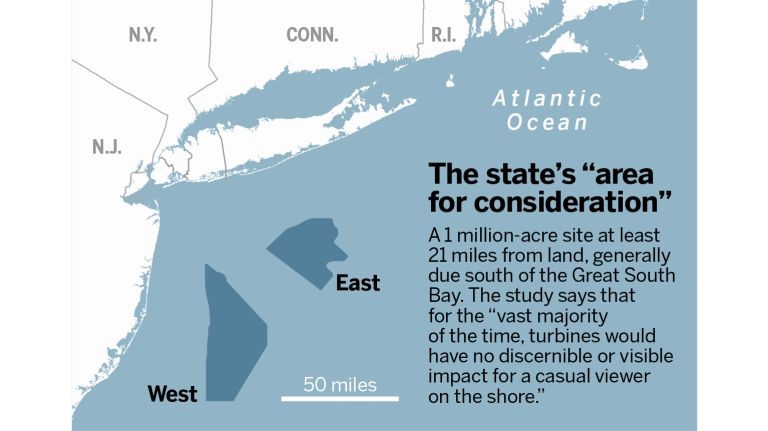