A new report from the University of Delaware’s Special Initiative on Offshore Wind has outlined steps that the state of New York can take to reduce costs and decrease hurdles for offshore wind. Through steps taken by New York and other states, advances in technology and continuing industry achievements, costs could be reduced by as much as 50% over the next ten years. The report says that production at scale, instead of on a case-by-case basis, is the best way to reduce costs. 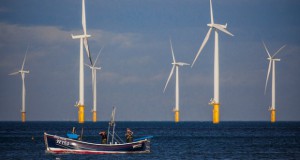