How to Build an Offshore Wind Farm

Building an offshore wind farm is not your average construction job. These construction projects can feature turbines taller than some skyscrapers. For example, the turbines used in the country’s first offshore wind farm in federal waters known as Vineyard Wind I are planned to be longer than the John Hancock building, Boston’s tallest building (790 feet). On top of that, they’re heavy. The long narrow piece that houses the motor and sits behind the blades weighs a whopping 794 tons, almost as much as two fully loaded 747 airplanes. These are just the first of the challenges when building such structures in depths of 115-200 feet. 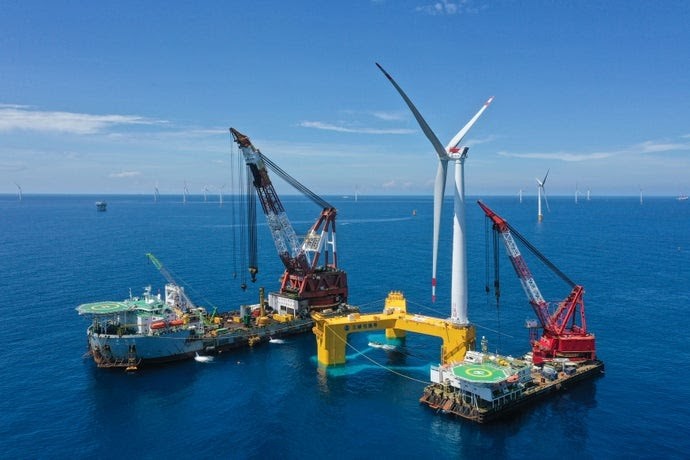