Floating Offshore Wind ー Which Coast Will Have it First?

As floating wind farms near commercialization in other countries, momentum for this technology at deeper water sites in the U.S. is growing. On the East Coast, nearer-shore, shallower waters look more likely to be developed with fixed foundation turbines before deep water sites with floating turbines. While on the West Coast, the National Renewable Energy Lab released a California study identifying six potential commercial sites for floating turbines. That doesn’t mean the East Coast is out of the running for the first floating wind farm. It has its own homegrown technology through the University of Maine’s Advanced Structures and Composites Center. The center has worked on the Aqua Ventus 12 MW floating demonstration project which should begin providing power by 2019. 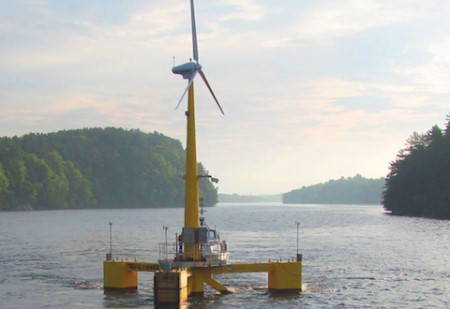