Could Hawaii be the Next Spot for U.S. Offshore Wind?

The Hawaiian Islands could be the spot for a U.S. floating offshore wind farm. Offshore wind energy developers recently investigated possible locations off the coast of Hawaii. No deals are currently in place however, the Bureau of Ocean Energy Management received two unsolicited lease requests and Hawaii would be an ideal location due to its high demand for non-fossil fuel-generated power and lucrative state tax credits. Building a floating wind farm would allow the turbines to be placed far enough offshore they wouldn’t be seen from land and take advantage of the stronger winds that far out to sea. 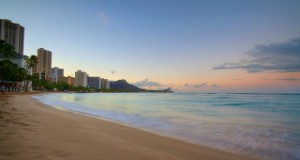