Over 79,000 Acres Offshore of New York Set for Auction

Over 79,000 acres offshore of New York will be offered in a December 15 commercial wind lease sale. The Department of Interior with the Bureau of Ocean Energy Management announced the area for lease, approximately 11.5 nautical miles from Jones Beach, New York. The area extends approximately 24 nautical miles at its longest portion and consists of five full Outer Continental Shelf blocks and 143 sub-blocks. There are 14 companies identified that the bureau has deemed legally, technically, and financially qualified to participate in the sale. 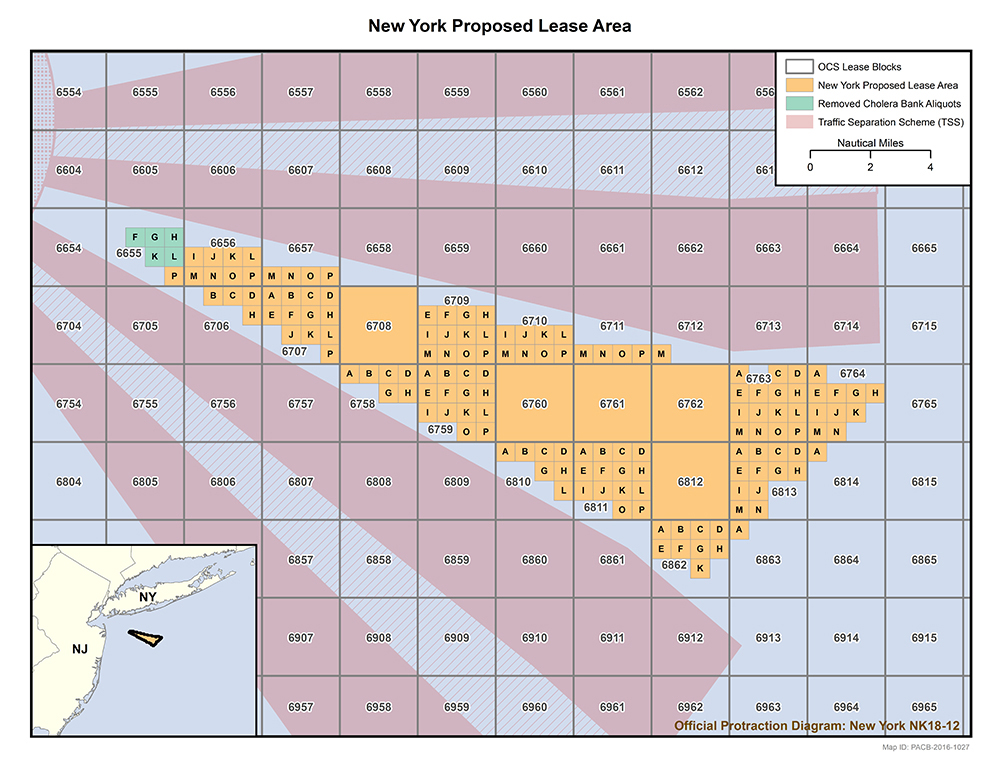